Harry Bradley is a member of the following organizations: 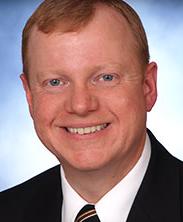 Since 2003, Harry Bradley has been helping clients find effective solutions to legal issues both in and out of the courtroom.  He began his career as a litigator in Indiana and Illinois courtrooms, having presented over 25 cases to jury, and is an experienced litigation lawyer.  After 10 years practicing in law firms in Chicago and the western suburbs Harry opened his own business law firm in 2013 and relies on his experience as a commercial litigation attorney in making recommendations for his clients.

Harry is admitted to practice before the Supreme Courts of Illinois and Indiana, as well as the federal district courts in the Northern and Southern Districts of Indiana. He has also presented difficult cases before juries in Ohio and Florida, and appeared in California state and federal courts as pro hac vice counsel.  He is a member of the Illinois and DuPage County Bar Associations.